Based on Helio's positioning of being an entertaining brand, a 43m2 stage was designed and constructed, with division into zones with multiple activities for people of all ages, similar as the Helio services are meant for audiences of all ages. The main target audience were people who choose to watch television daily, but anyone interested was invited. Participants were offered various activities such as an interactive 180 degree photo session, various games, as well as exciting decorations and bright colours that encouraged people to take pictures and share them through their social media accounts. The Helio stage was installed at various city celebrations, events and festivals such as HyperTown, Positivus and Vegan Festival, choosing the most appropriate events where the client will meet its primary target audience. 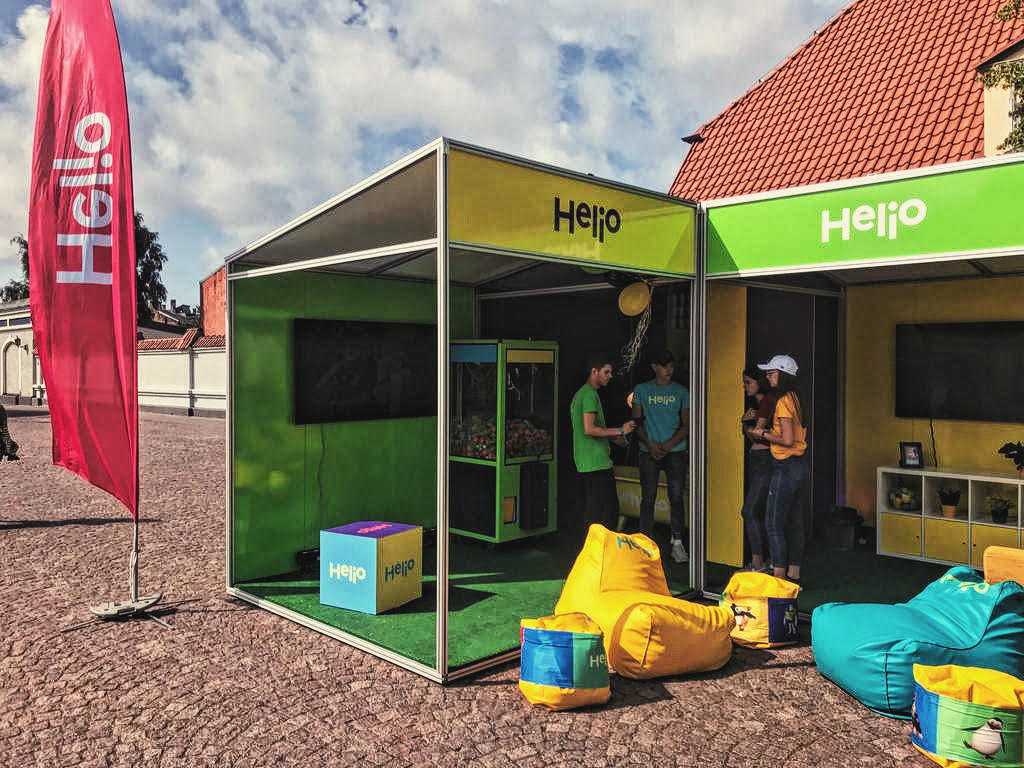 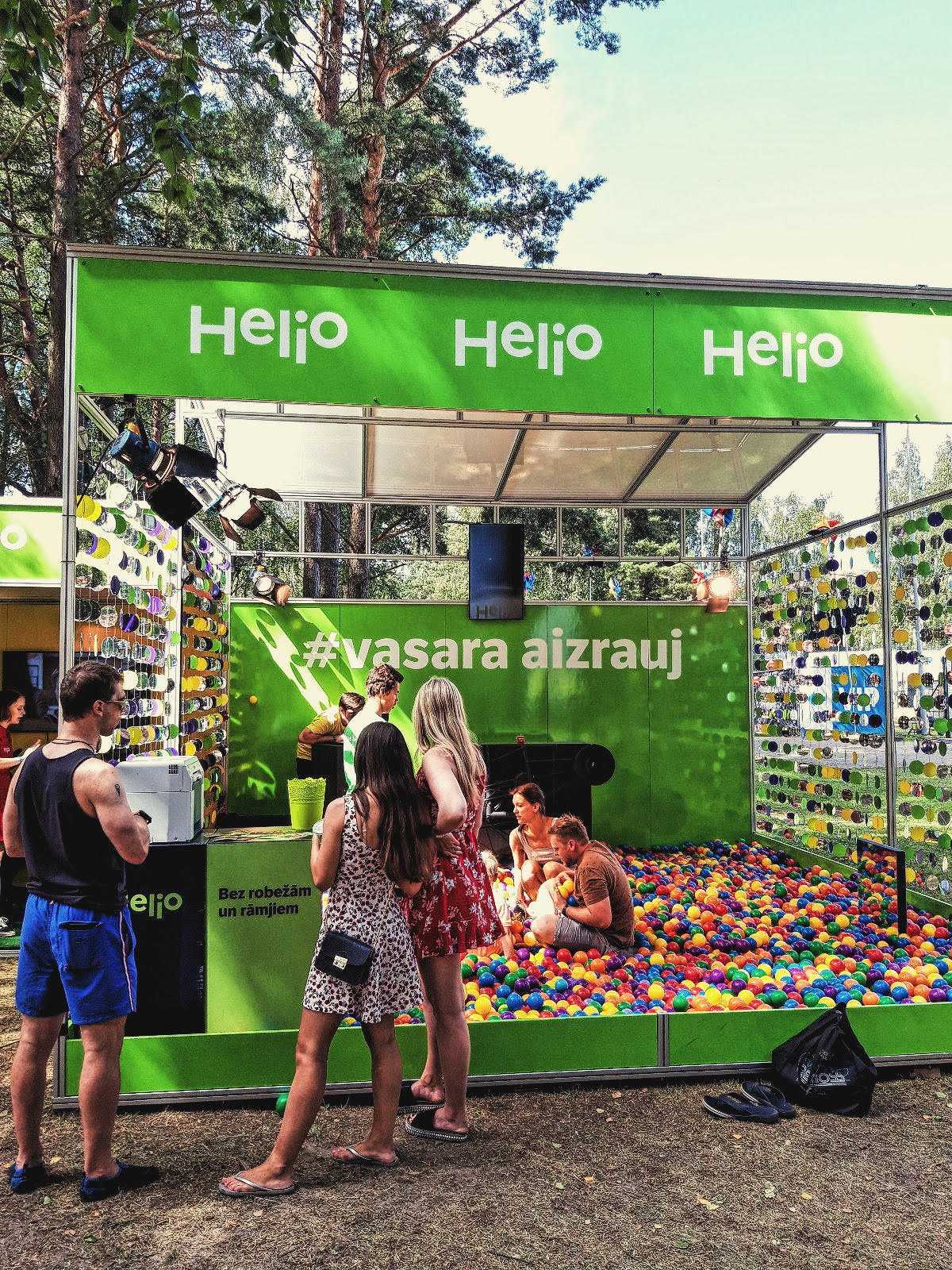 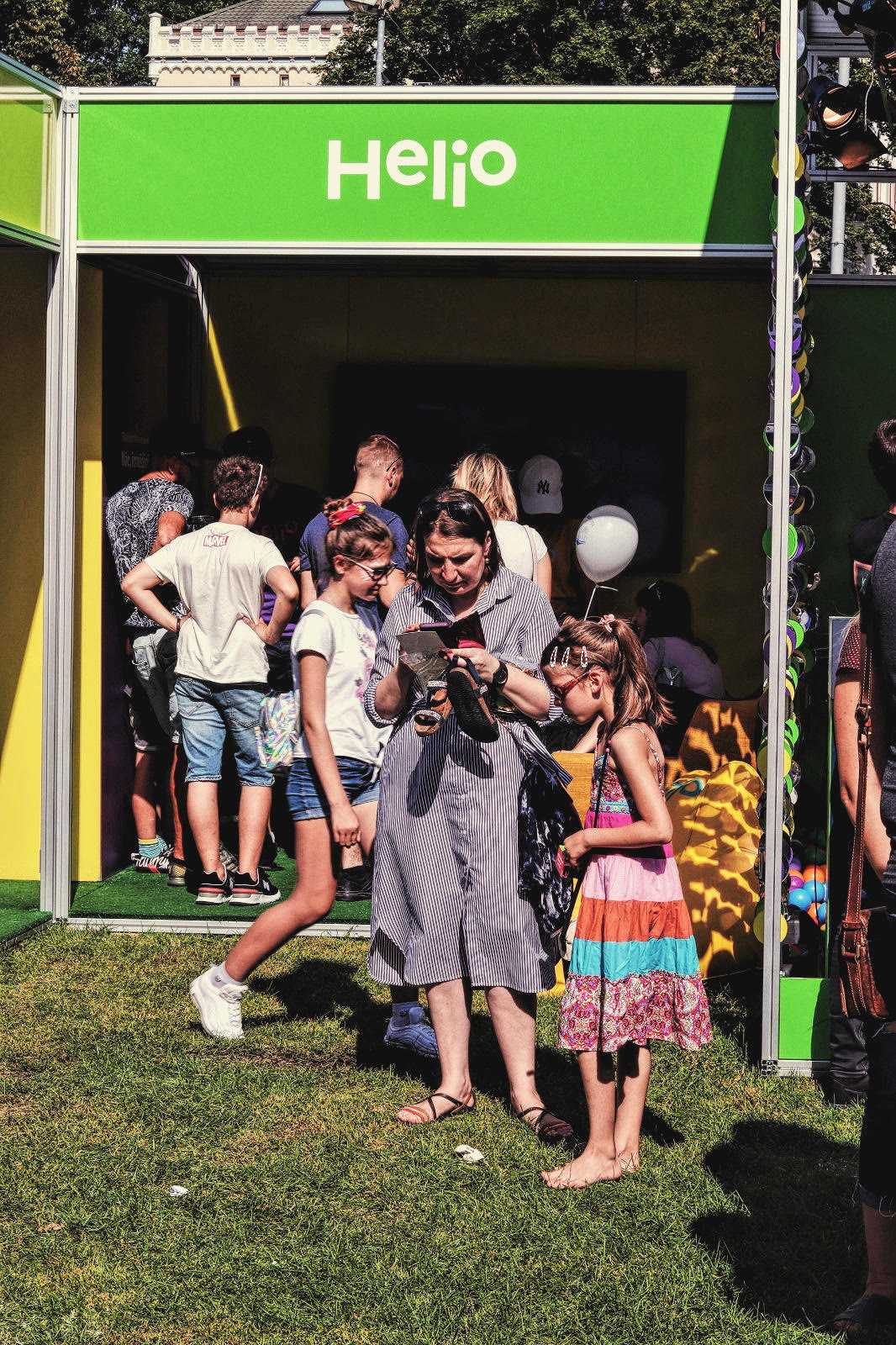